Can You "Fix" My DWI 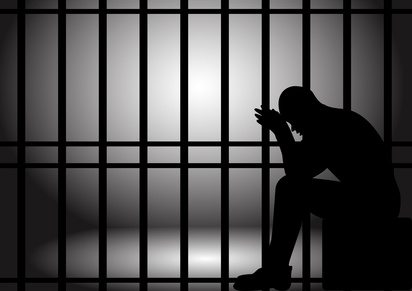 Several times a week I get calls from folks who have been cited for DWI (formerly Driving Under the Influence, DUI, now Driving While Subject to an Impairing Substance, DWI). Maybe a college kid, maybe a professional person, once or twice a guy with a big name who wants to remain anonymous.

Can you get me out of this?

But whoever they might be, the calls are always about the same. With a tone which is at once concerned, embarrassed and indignant (that the cop picked on THEM instead of that drunk SOB in the next car), they trot out some of the facts (as they see them, of course), and then ask, “..can you get me out of this?” And like every self-respecting attorney, I dodge the question. “Each case is judged on its own facts”, I say. “Depends on the judge, the cop, the prosecutor”, I continue. “Yes”, they answer, “I understand, but THIS CASE, what can we do with this case?” God love him, this client wants a real answer. So here goes:

It depends on many factors because…

My triage for DWI's in North Carolina, after almost twenty years of practice, has been distilled down to a few nuggets. Each of which has “gotten off” a client from time to time, none of which is a sure-thing, all of which need to be considered in the context of the rest of the case and in light of who the judge is.  This is because:

I suppose this is where the experience factor comes in.  Nevertheless, here's a pretty basic understanding of how your DWI is going to go.

Each case USUALLY involves a blow (breath sample) into an alcohol testing instrument. Nationwide (I do believe) the standard is .08. If you register .08 or greater then that's EVIDENCE of your violation. What folks don't get is that it's not sine qua non for the offense of DWI (at least that's how it goes in NC). In fact, because the offense is called “driving while subject to an impairing substance”, there need not be any alcohol results at all.  For example, suppose the cop cited you for driving while being stoned out of your head. No alcohol BUT, if your driving was wacky and you don't do so well on the so-called standardized field sobriety tests (SFSTs) like the walk and turn, the one leg stand, touch the nose, etc, then that may mean your goose is cooked anyhow.

The deal is basically this: the judge will look at the .08 and then evaluate it in context with all the other evidence. It can be given more or less weight depending on the rest of the case. If your driving was very good, and the cop stopped you at a checkpoint or stopped you for some non-driving related deal (like an out-of-date registration), it may well be that the judge looks at the so called “naked .08” and says to himself “well, this is an 8, but with all the other stuff in this case, the good driving, the polite interaction with the cop, the decent job on the SFST's, the fact that the defendant is obviously an Eagle scout (ha ha), I'm NOT going to give the .08 much weight at all and say—and here's where there's a good bit of judicial discretion involved—that the test instrument may have been faulty (yeah, that's it). Net result: the .08 THOUGH LEGALLY SUFFICIENT for a conviction, is in essence “ignored”. Not guilty!

But caution, here folks: this is not to say that this is usual or common, I share it only to highlight the fact that (a) in certain cases the alcohol evidence may be given a great deal less weight and (b) compelling OTHER facts in the case may move the judge toward that sort of thinking.

Apply it yourself: Consider a cases where the blow is .13 and the driving was excellent, but there were beer cans and vomit all over the inside of the car. Tough case.  On the other hand, a .08 with very good other evidence may mean a machine “error” but an “error” which accounts for a .13? Less likely. How about a case where the SFST's were not so good but the alcohol test was .01 and there was a strong smell of marijuana in the car? Tough case.  Bad driving, poor performance on SFST's and a smell of marijuana may mean (for some judges) the driver is “impaired” by pot. Upshot is this: The closer to .08 is your alcohol reading, the greater the benefit that can be derived from the “other evidence” in the case which evidence may point to a driver NOT being impaired (polite, cooperative, good driving, good field sobriety tests etc etc). The farther from .08 the alcohol reading, the less the benefit that can be derived from such contrary evidence. No alcohol reading at all presents other issues, which are beyond the scope of this article.

Suffice it to say that if the test was willfully refused, NC judges may use that fact against the defendant in sort of an “acknowledgment of culpability” way. If the test was taken but no alcohol showed up at all, the judge will listen very carefully to the cop to suss out any possibility of drug use…and remember that the “impairment” requirement in DWI need not be from alcohol.

Did the cop see you drive?

The typical DWI involves a cop who pulls the guy over for some minor traffic offense, left of center, speeding, headlight out, etc. No doubt who's the driver, right? I mean, he's the guy in the seat with the wheel, right? In some cases, however, it's more complicated. What if there's an accident? The ones I like to defend usually happen out in the countryside. The driver runs off the road, bounces off a tree, rolls it a couple times and wakes up hanging in his belt upside down. If he'd been sober it would've killed him!
Joking aside, these cases tend to be more defensible, not for the accident itself, but for what frequently comes after. So let's assume the accident. Let's also assume there are no witnesses, that the driver is driving his buddy's car, and that when the cop arrives on the scene our defendant is a hundred yards away walking toward the nearest farmhouse. Lastly, our hypothetical defendant knows his Miranda rights well and decides not to make any statement (for instance, decides to get mum when the cop asks him if he had been driving the car wrapped around the tree over there). Absolutely defensible. Picture how this goes in court: Even if the cop has some legal justification for taking the defendant downtown to blow in the alcohol machine, provided that he never offers the cop any information (or confession) that might enable the cop to “relate him” to the car, we MAY have a winner whatever the alcohol tests may say. That's because driving is a necessary element of the offense (duh). If in court the best the cop can say to prove driving is the he “saw the defendant near the car and there wasn't anyone else around” no dice! The State will usually try to get in some other evidence to “tie” the defendant to the car (like registration with the defendant's name on it or keys to the car found in his pocket or  seatbelt mark that somehow “proves” the defendant was in the driver's seat). Assuming none of these is presented, the argument is quite strong that there is a reasonable doubt as to whether the defendant was actually the driver.

Suffice it to say that even if the cop saw you drive with his own beady little eyes and you blew a big number on the machine and you were slurring your speech and weaving all over, the State still has to treat you “fai
rly” in a constitutional sense and if the State fails to do so, it may mean that the case gets tossed. This stuff arises chiefly in two areas.
The State has to follow certain procedures to test your breath for alcohol. The presence of a witness for the defendant while the test is being conducted is in some measure a means to ensure that the State in fact follows those procedures. The arresting officer, in North Carolina, must AS A MATTER OF LAW notify the defendant of her right to have a witness present during testing (though the testing procedures cannot be delayed for longer than 30 min for the witness to arrive).
In my own experience it is pretty rare that the cop simply forgets to advise the guy getting tested that he can have a witness. What happens more often is that the notice is given and the witness called but, when he arrives at the testing site, somehow he never finds the testing room and never gets together with the cop and the analyst and the defendant (gosh imagine that!). If it can be shown that the witness was present but was not allowed to see the test OR that the witness was present but the testing continued before he was allowed to view it (provided he arrived in time), it may mean dismissal of the case. I say MAY because it may mean only that the results of the breath test are suppressed; if the State has adequate “other” evidence, impairment may still be shown and a conviction obtained on that basis.
This situation typically arises when the defendant has been arrested, charged, tested and processed but, due to oversight or misdeed, he is left to languish in jail instead of being released with reasonable assurances of his return to answer the charges. Bonds which are excessively high, being held to “sober up” for too long, being denied access to visitors who would be able to ascertain the defendant's condition independently, all are examples of this failure.
Needless to say one who is accused of a crime that depends on his present state (like being impaired by alcohol) would find it helpful to begin his defense by locating witnesses who can “judge for themselves” how the defendant appears, perhaps interview others and so on. Where the State fails to allow the defendant this kind of access, compelling arguments can be made that the defendant is denied thereby a right to a fair trial (in that he is unable to assemble a defense that he would otherwise have been able to mount). Both of these situations have been addressed by NC appellate courts and both can be grounds for dismissal of DWI charges. Certainly they are issues that need to be discussed with your attorney when deciding defense strategies.

If you get cited for a DWI…

So there you have it. If you have wound up on the wrong side of a DWI charge in NC and need to know how defensible it may be, consider these 3 points.
DISCLOSURE: DWI defense, as with all matters of law, is not a matter which can be exhaustively treated in a short  article like this one. Each case is “sui generis”, or one of a kind.  As such, the foregoing is intended to be only a brief and perhaps entertaining discussion of some of the salient points that attorneys and judges consider when dealing with these cases. It is not intended as legal advice. But if it helps guide any discussion between you and your attorney, it will have served its purpose. 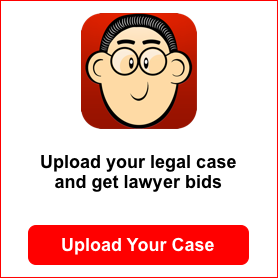