Dealing with a Speeding Ticket in West Virginia 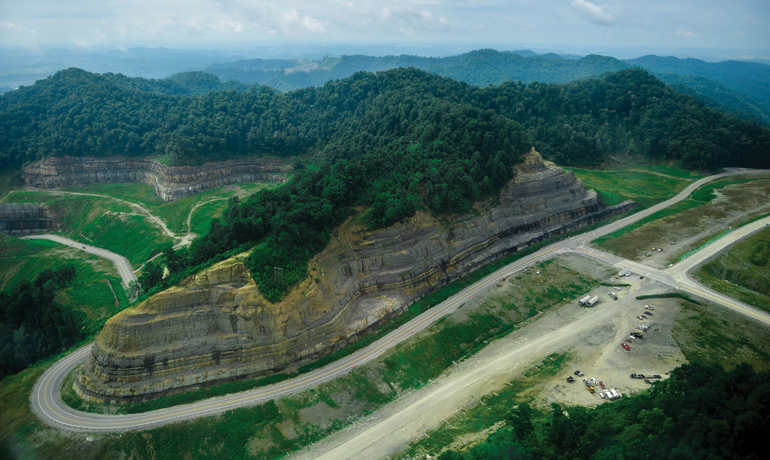 The following article was written by Benjamin Roussey.  He can be reached at benjaminroussey95@gmail.com

Characterized by the Appalachian Mountains and historic landmarks, West Virginia is around the middle of all the east coast states, but it is considered a southern state nonetheless. Many outdoor activities and spectacular natural vistas contribute to its tourism, which is one of the largest industries here.

If you are traveling to West Virginia and plan to explore the land by taking some road trips, you also need to be aware of the traffic rules in the state. You do not want to have to end up needing a West Virginia traffic lawyer.  Even for those who just moved or have been living here for years, knowing the speeding laws can not only keep you from getting a speeding ticket, but also reduce the chances of an accident. According to statistics of the National Highway Traffic Safety Administration (NHTSA), West Virginia had 337 fatal car accidents in 2011.

So….what do you do If you had to speed for some salient reason, or did it by mistake, and you find yourself being slapped with a speeding ticket by the WV highway patrol?  Here’s what you need to know about speeding tickets in West Virginia:

What are the West Virginia speeding laws and how strict are they?

The state follows an “absolute” law when it comes to speed limits, which means that you should not drive even marginally more than the prescribed speed limits in all areas. In West Virginia, there are different speed limits for different sections:

In West Virginia, most traffic citations are issued to drivers for something called a “strict-liability” offense. In such cases, a person can be convicted by law with proof that he/she was guilty of committing the act, irrespective of any criminal intent. Speeding is considered one such offense, in addition to not using your turn signal, leaving your car parked when the meter payment has expired, parking in a handicapped zone, and so on.

Penalties for Speeding in West Virginia

Patrol officers in West Virginia usually use cameras, radar, and speed traps to identify drivers who exceed the speed limit. If you are pulled over, you are liable to pay a fine along with other penalties. The amounts of these fines vary according to the court, so it will be decided as per the city you were driving in. Your fine amount will be mentioned on the ticket given to you.

If you are a first-time violator, you may face fines of up to $100 and the possibility of your driver’s license being suspended which could be up to a year. You will also have points added to your license.

West Virginia is a state that follow a points system for traffic violations, in which a certain number of points are added to your driving record whenever you violate a traffic rule which was mentioned before. The number of points goes up with the severity of violation, and the Division of Motor Vehicles (DMV) will send you a warning letter to be careful about driving and obeying traffic rules. If you cross a total of 20 points, your driver’s license will be suspended until the time these points come down to a minimum of 11 which mainly happens with the passage of time.

Here’s the length of your suspension time in West Virginia according to the number of points you have accumulated:

Receiving a traffic citation is not something to be taken lightly, as often there are serious consequences to it. In West Virginia, not all citations require you to appear in court. So you basically have two options when given a traffic citation:

If you are considering the second option, remember that a West Virginia traffic attorney fighting for you has a much better chance of successfully defending you. These lawyers are well-versed in the state’s traffic laws and past incidents, and can show you the right path.

The implications of being found guilty of speeding in West Virginia

Whether you are pleading guilty by paying the fine or were convicted by the court of speeding in West Virginia, there are certain consequences that you will have to deal with. Such motorists may face the following implications:

Can I fight my ticket?

A common question that motorists who have received a speeding ticket in West Virginia often have is: “Can I fight my ticket?” Fortunately, the answer is yes. This is where a West Virginia traffic attorney needs to enter your life to represent you in court so that you have the best chance of avoiding a conviction and everything that comes attached with it.

You do not have to go around visiting lawyers’ offices to fight your case, all you need to do is visit BernieSez, upload a photo of your citation, and fill in some basic details. No, you will not be asked who you went to your high school prom with!  The process is very painless and quick, with minimal questions asked.  Once you upload your case details, WV traffic attorneys will reach out to you and offer bids so that you can choose the best one. Give it a try, it's free and easy peasy.