So, you got yourself a DUI/OUI in Massachusetts, did you? 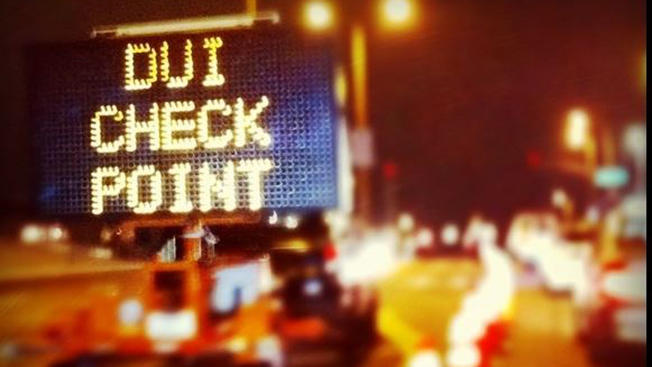 Massachusetts. The Bay State! The Old Colony! Home of Boston, Beantown. The Red Sox, the Celtics, the Bruins! People take pride in being from Massachusetts. And sure, sometimes that pride can turn rowdy—and lead to having a few too many drinks.

It happens to the best of us. Maybe it’s the Irish blood, or the cold winters, or just the spirit of the land, but sometimes, residents of Massachusetts have been known to over-imbibe.

An OVI even if you are not driving

Usually, it’s not a big deal. BUT, maybe today’s not your lucky day, and you find yourself sitting in your car as those blue and red lights flash behind you, as that police siren WOOP-WOOPS and your stomach drops. In Massachusetts, your car doesn’t even have to be moving, in fact, it doesn’t even have to be in GEAR, for you to be charged with a DUI (commonly called an OUI).

That’s right. You can be accused of operating a vehicle under the influence even if you're just sitting behind the wheel. The idea is that police officers should have the authority to stop inebriated drivers before they start, but what it means for the occasional reveler is that you need to be extra diligent about your consumption of any alcohol or drugs before you even THINK about getting in your car.

If you’re reading this article, it might already be too late for that kind of advice. In fact, you might have found yourself exhaling into a breathalyzer, blowing above the legal BAC, and now you’re thinking, “What happens next?” Well, there are a few possibilities. If this is your first DUI, relax. It’s not great news, but it’s also not the end of the world. Massachusetts has some flexibility that will help you avoid steep penalties such as a 1-year license suspension.

In Massachusetts, there’s something called an alternative disposition (also referred to as a 24D disposition). This disposition requires a convicted driver to take part of an alcohol education program, which is usually 32 to 40 hours (or 16 weeks) of classes and group therapy. That might sound like a pain, but the time you spend in this educational program can help you avoid some of the other annoying punitive measures that come along with a Massachusetts OUI. For one thing, instead of facing a one-year license suspension (with no eligibility for a hardship license for at least three months), you’ll only be dealing with a 45-90 day suspension. That dramatically decreases the amount of time you’ll have to be without a license AND you’ll be eligible for hardship exemption immediately after you start your education. This can be a huge and meaningful advantage if you really need your car for work or other transportation, and the only cost is that of your driver’s education program.

Normally, a 24D is only available for first-time offenders. However, if you get a second DUI and it’s been over 10 years since your first offense, you’ll be eligible for another chance. But for some reason it’s normally called a Cahill disposition (because of a court case that made it possible) if given on your second offense. Even though you might experience more leniency if it’s been over 10 years since your initial DUI, that doesn’t mean your first OUI is wiped from your record. That’s right, an OUI/ DUI (for most purposes) remains on your criminal record FOREVER. That can sound scary, but it’s not the end of the world. It just means if you receive an OUI, you need to be extra cautious not to get behind the wheel if you’ve had any alcohol.

From “wet reckless” to reckless driving

In Massachusetts, an OUI can be reduced through a plea bargain of “wet reckless” to reckless driving. Unlike some other states, Massachusetts does allow plea bargaining, and, especially if you get a lawyer to help out, you might be able to get your charges reduced. This isn’t necessarily something you should rely on, as it’s never easy to get a judge to accept a wet reckless plea, but it is an option you can pursue.

Although there are a lot of potential penalties for your first OUI, there are some things you won’t have to worry about, such as an IID (ignition interlock device) or mandatory jail time. Those are problems you’ll have to deal with if you find yourself faced with a second or third OUI, but for first time offenders, there’s no mandatory time served nor will you have to deal with breathing into a machine every time you start your car.

You should always keep in mind that a BAC of .08 or higher is illegal in every state. That means, in Mass, if you have the intent to drive and you’ve had more than a couple of glasses of wine, you’re putting yourself and others at risk. Also, remember that everyone metabolizes alcohol differently. So if you’re a petite woman trying to keep up with the bros shot for shot, you’re not gonna fare well on your BAC test. Also, if you’re underage, then your BAC can’t be higher than .02 or you’re technically over the legal limit. The point is, be careful!

Also, keep your wits about you. If something goes wrong or feels fishy about your OUI arrest, pay attention and let your attorney know (if you have one). For instance, it’s normal for a BAC test to be within 3 hours of your arrest. If that’s not the case, or if something’s off about how the test is administered or how the equipment is maintained, that could mean your case will be thrown away. So even though it’s hard to be present in a situation where you’re being accused of a operating under the influence in Massachusetts, if you remember anything that feels wrong, don’t just let it slide.

There’s nothing easy or fun about getting an OUI, and if it’s the first time that something like this has happened to you it can be downright nauseating and horrible. But take heart, because you’ve got a lot of options, and whether or not you opt to retain a lawyer/attorney, you’ll still probably be able to retain your license if you elect to take classes. This isn’t catastrophic news. And remember, you’re from Massachusetts. You have a lot to be thankful for, and the Red Sox is just one of them!