Five Things You Should Know About Personal Injury Accidents in Vermont 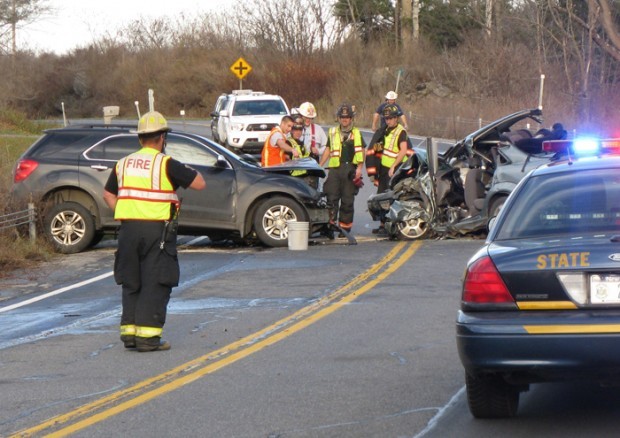 Is the story below similar to what happened to you?

So you're driving down Route 100 in Vermont, one of the most scenic routes in all of New England. It's a beautiful day, and you're in no hurry. You just want to take in the magnificent views, and as you slow just a little to get a better look at the Green Mountains, it happens. Someone hits you from behind, jolting you and snapping your head back.

Shaken and shocked, you pull over to the side of the road to somewhere safe, and you and the other driver get out to check the damage. Taking a close look, you can see that there is a bit of a dent in both cars, but nothing serious. The other driver suggests you just exchange information, get an estimate, and he will pay for the damages. You start thinking of how long it would take for the police to get there, and how much time this was going to take out of your vacation.

Not really knowing what to do or if it would even be worth it to call the police, you begin writing down your information, rubbing the back of your neck. After you get the other driver's details and give him yours, you get back in the car and take a deep breath. As he drives off, you feel a twinge at the top of your spine, and already you are regretting taking the easy way out. If only you had known more, you would have been able to make a much better decision.

The above scenario isn't that unique, and an accident like that could very well happen to anyone. Consider this:

More than 2.5 million Americans went to the emergency department (ED)—and nearly 200,000 were then hospitalized—for crash injuries in 2012. On average, each crash-related ED visit costs about $3,300, and each hospitalization costs about $57,000 over a person's lifetime. – Centers for Disease Control and Prevention

So remember, it's not if, but when, you will get in an accident. And the best way to prepare is to understand how personal injury laws work in Vermont.

Here are the top five things you should know to prepare yourself to make the best decisions in case of a car wreck in Vermont:

1) When to report an auto accident in Vermont

The short answer is, always. The long answer is a little more complicated.

Certain Vermont automobile accidents have to be reported to the Commissioner of Motor Vehicles. A written report must be sent to the Commissioner within 72 hours of an accident involving a total of $3,000 or more of property damage, under Vermont Statutes, Title 23, Section 1129. Good to know, but you can't go wrong with the short answer. ALWAYS report a car accident, no matter how insignificant it may seem. You don't know what the long-term consequences may be.

Reaching a settlement with an insurance company depends on the specific situation, but the process will involve some common steps:

These and other steps include factors that can determine the outcome of a personal injury lawsuit or settlement. Two factors that can have a significant impact are Common-law Negligence and Punitive Damages.

In Vermont, Common-law Negligence means that the state only awards damages to drivers who are 50% or less at fault for their injuries. This formula is called “modified comparative fault.” For example, if you were speeding and someone ran a red light and totaled your car, caused you life-changing injuries and considerable financial loss, your rights may be reduced or even denied altogether.

The Punitive Damages factor in Vermont personal injury cases applies to the non-financial losses like pain, suffering, loss of companionship, mental anguish, and more. These can be some pretty intangible damages to determine and add to the already sometimes confusing nature of personal injury cases.

In case you haven't figured it out yet, getting the compensation you deserve for a personal injury in a car wreck can be tricky.

4) What to expect from a settlement in Vermont

If it were only that simple.

Because of the complicated laws and other factors involved in personal injury cases, trying to find an “average” settlement amount is tough. Many of these factors are often a matter of opinion, or at best, a subjective determination. Here are just a few of the factors that could be involved:

An experienced personal injury lawyer can review the details of an accident, consider the numerous factors involved, and often provide an estimate of a possible settlement.

A general rule of thumb for insurance company settlements

A general rule of thumb for insurance company settlements, since we implied that there was an “average,” follows a formula using a multiple of three. So if the medical bills are $8,000 and lost wages are $2,200, then the method would produce a total of $30,600. But like with anything in the legal realm, there is often much more to a settlement than a simple formula.

5) The statute of limitations on filing a lawsuit in Vermont

If a claim isn't settled or a lawsuit isn't filed within this statute of limitations, then all rights to any compensation are gone. Again, due to the often complicated factors and time constraints of personal injury cases, the quicker an experienced personal injury attorney begins handling the situation, the better.

Give BernieSez a try.  Just post your personal injury case details and we will alert PI lawyers that practice in your area.  The service is free to use.  Click/tap below to get started.