Got a DUI in Florida? Get the basic facts 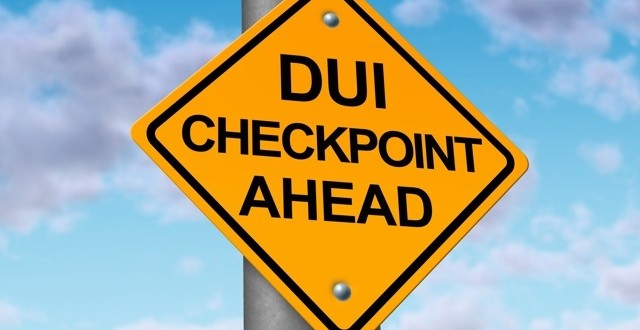 Getting pulled over when you've had a couple of drinks can give you a sinking feeling. Even if you think you're sober enough to drive, your blood alcohol level (BAL) might still be over the legal limit, and suddenly you might find yourself in a situation where you feel helpless and scared. Florida laws about DUI arrests can seem complicated and overwhelming, so it’s good that you’re here. Remember to stay educated throughout the process. That will help you stay calm, and ideally get you the best result.

What are the fines

Let’s begin at the beginning: If you’re convicted of a DUI in Florida and it’s your first time, you will have to pay a fine of no less than $500, which maxes out at $1,000. If your BAL is .15 or higher, those numbers jump up to $1,000 minimum, $2,000 maximum. It’s a bummer, but the damages for first time offenders are only a couple thousand bucks, and that’s not the end of the world.

But there’s also a non-monetary component of these convictions. That includes a mandatory 50 hours of community service or an additional fine of $10 for each required hour. You will also get probation (that can be up to a year, but it’s usually less). And if you do get any court-ordered time served, at a judge’s discretion, sentencing may be served in an alcohol abuse treatment program. This sentence cannot exceed 6 months, unless the BAL is higher than .15 or a minor is in the vehicle, then 9 months is the maximum. Again, none of this is good, but there’s a lot of variability in the sentences and fines, so don’t automatically assume you’re going to get the maximum.

If this is your second conviction

If this is your second conviction the penalties get worse. Fines range from $1,000 to $2,000 for a BAL of under .15. And that’s $2,000 to $4,000 if your BAL is over .15. A second conviction also mandates a minimum probation of 9 months or 12 months, with a BAL with .15 or higher, or if a minor is present. Also, if your second conviction is within 5 years of your first, you’ll face at least 10 days in jail. Penalties continue to increase incrementally for each violation after your first. After fourth or later convictions, you’ll be considered a habitual offender, and then the punishment for a Florida DUI really becomes more severe.

However, you’re probably not here for your fourth or fifth offense. So assuming that you’re learning about all of this for the first time, there’s no reason to get worked up over compounding penalties. If this is your first Florida DUI, you’ll probably have to deal with a 10 day impounding or immobilization of your car, unless you’re able to prove that your family has no other transportation. If you face incarceration, your vehicle impounding cannot coincide with your time in jail. And if you own more vehicles that are operated by employees or business associates, then those are immune to this law, so your business can keep operating.

What happens to your license

You might also be wondering about what happens to your license if you get a DUI. Assuming that you haven’t been convicted before, your license will be revoked for a minimum of 180 days, a maximum of 1 year. That said, if 180 days is a hardship for you, you may apply for a reinstatement of your license, but not before mandatory DUI school. Also, an ignition interlock device (meaning that your car won’t start unless you breath into a machine) will be installed for a max of 6 months if your BAL is .15 or above. You must enroll in and complete DUI school within 90 days after your license is reinstated, if not before, or your license will be cancelled.

Obviously, this is a lot of information, but you don’t need to memorize it. All you need to know is that you have options, and that the maximum penalties, while potentially financially or personally difficult, are not ruinous. Your best course of action is to cooperate from the point of DUI testing until your hearing, through your trial (if the case goes to trial).

But don’t mistake cooperation for complacency or an automatic guilty plea. If you have been arrested, that doesn’t mean you’ll necessarily be convicted or have to pay the minimum or maximum fines. You might be able to plea or find some flaw in the submission of evidence/ testing process and get off scot-free. Although that outcome isn’t likely, you should consider talking to a lawyer to explore all the possibilities in your case. You never know what good could come from solid legal help.

Get an advocate that can help you

Honestly, it’s always useful to have an advocate in a courtroom, so at the very least you should do the adequate research to be able to speak on your own behalf. If this is your first time dealing with an arrest, it’s going to feel terrifying, intimidating and perhaps confounding. There’s no need to worry. There’s a wealth of information available online, and plenty of law offices deal with this kind of thing. For instance, getting around without a license in Florida can be hard, so you can apply for a BPO, which is basically a provisional license allowing you to drive to and from work, court, or DUI school. That’s the kind of thing a lawyer might help you figure out, which is really helpful when you’re drowning in complicated and confusing information.

A DUI in Florida is considered a criminal offense

The hard thing about Florida laws is that a DUI is a criminal offense. So if you’re convicted, there are mandatory minimum sentences (as outlined above), and you really can’t get around them, even if this is your first offense. Still, it’s important to keep in mind that you have options, and that you’re not totally screwed if you get a DUI.

It will be ok

Listen: If you’ve gotten a DUI, that means you’ve probably made a mistake and now you’re paying the consequences. But that doesn’t mean you should feel devastated or alone. Plenty of people cope with DUI arrests in Florida, and as long as you’re compliant and level-headed, you should be able to deal with your sentence easily and relatively painlessly.

You will have help, whether from a lawyer or your friends or family or just the internet, so you should be able to learn from this experience and move on after this is over. Worrying won’t get you anywhere, so your best course of action is to read and discover as much as you can about your situation—and then proceed as an informed and contrite citizen.

Need to find a Florida lawyer for your DUI? You can give BernieSez a shot in finding one for you.  It's easy and a free service.  Click or tap the button below to get started.