What happens when you get a speeding ticket in Maryland? 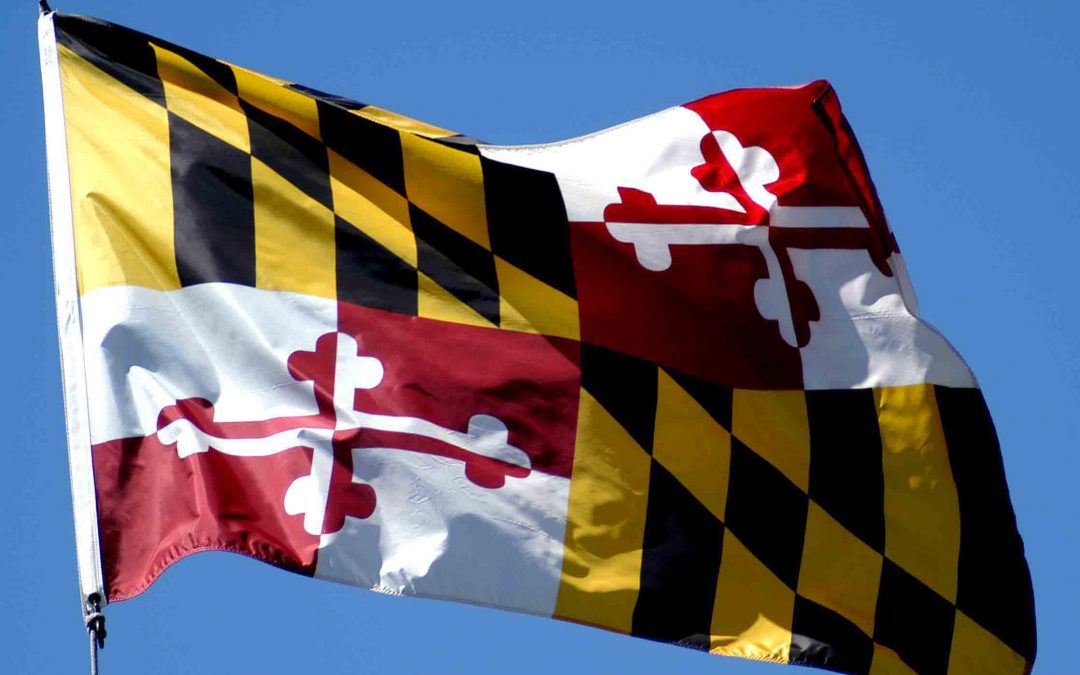 In Maryland, your bad-driving record stays with you for 2 years

The laws surrounding your rights and responsibilities as a driver in the state of Maryland can be complex – even when it comes to something as cut-and-dry as a speeding ticket. It’s not uncommon to find yourself strapped with a fine after one fateful high-speed joyride. It pays to know where that sort of thing leaves you, especially given the fact that Maryland, like many other states, won’t erase a charge until you’ve driven squeaky-clean for two years straight.

It’s worth noting that Maryland abides by “absolute” speed limit law. That means that if you’re going 36 in a 35 mph zone, you’re breaking the law and could theoretically be given a ticket. It’s also worth noting that driving the legal limit at a time during which said limit could probably be deemed unsafe could earn you a speeding ticket as well. That sort of scenario can involve anything, from heavy rain to winding roads to stop-and-go traffic. (Please don’t be that person.) On the flip side, another aspect of MD transportation law prohibits driving so slow that you’ll impede traffic. As you can assume, 1-9 mph violations, more often than not, are not brought to court, and when they are, the defendants usually get off. But it’s good to know!

Here’s what you do need to know: In order to have your license officially suspended in the state of MD, you have to get eight points tacked onto it – or, 16 if driving is part of your job. Twelve points (or 19, same deal) will result in revocation. But what happens before that?

If you’re just kind of a bad driver and manage to accumulate three to four points over the course of two years, you’ll receive a written warning. When it comes to simply speeding, that can add up from going less than 10 mph over the limit ($80 fine and one point) or 10-19 mph over ($90 and two points.) When you hit anywhere between five and seven points, that’s when you’ll be required to either sign up for a Points System Conference or a driver improvement program – or both, depending on how stupid you were being. The latter is a 4-8 hour class that you gets you one nifty certificate, and no, it does not dismiss your points. If you decide not to show up, your license is automatically suspended. Then you definitely have go to the improvement program. Then you have to apply for a new license.

Back to this suspension-level madness. So, bad things happen, several times. Maybe you went 30 mph over the legal limit (five points). Maybe what you did qualified as reckless driving (six points). Maybe you just felt like racing your buddy on the highway (five points). Be aware that things that happen on the highway are usually taken way more seriously. For example, in Maryland you can be fined twice the usual amount for driving 20 mph over the limit there.

How much of your life will now be spent taking the bus instead of driving yourself?

Let’s say you aren’t able to get a lawyer. (Why wouldn’t you though, with a fantastic service like BernieSez right at your fingertips?) It’s good to know how you would hypothetically answer the question: How much of my life will now be spent taking the bus?

Your first suspension can be ordered to last anywhere from 2 to 90 days. (The second increases to 15-90 days.) Revocations are set at four steadily increasing tiers: six months for your first, then one year, then 18 months, and finally two years for your fourth revoked license on.

In the state of Maryland, there is a clear distinction between a “serious” traffic offense in which you, the offender, must appear, and those that will only result in fines and points added to your license – as in cases of speeding. In these less serious cases, you can show up and argue it yourself – or you can hire a lawyer to appear on your behalf. If you’re lucky, such a case can result in a PBJ, found in MD Criminal Procedure Code Section 6-220. PBJ does not stand for peanut butter and jelly. Not anymore. It stands for “probation before judgment”; it occurs when you’re able to convince the judge that you totally take the charge in question seriously, you’ll pay a fine, it will never, ever happen again – and you’re officially labeled not guilty.

Like in other states, a typical defense of a traffic violation comes in three forms.

Oh, and one more thing: Maryland also has laws governing the use of speed cameras. Their use (and profits, for the state and third-party contracting bodies alike) have skyrocketed over the past several years. In ordinary driving instances, a speeding violation caught on one of these bad boys will result in fines ranging anywhere from $40 to $1,000, depending on the type of area you’re in. (Points are only given in residential and work zones, though) Unfortunately, these offenses are more than likely going to stick you with dues and leave little room for debate; although our court system does guarantee you the right to face your accuser in court, the accuser here is a machine, and things can get a little awkward. See: The infamous “Speed Camera Day” at District Court.

An easy way to find a lawyer for your traffic ticket is to use our website’s special feature. Simply submit a copy of your ticket and type in some details and lawyers will send you their price – letting you choose the one that’s right for you. Best of all, there is no cost to you for this service. Click the button below to upload your case. It’s a free service and now available nationwide.