How to Beat your DWLR (Driving While License Revoked) Charge 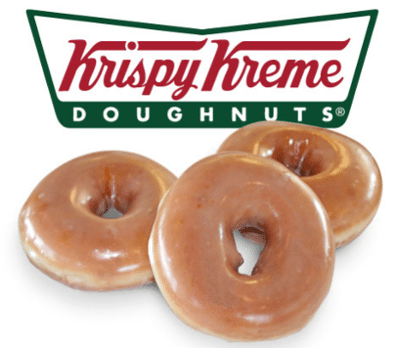 My client was in the local Krispy Kreme donut parlor. See, around here in Raleigh, NC we got ourselves some mighty-fine all-night doughnut joints. Finished with the bar scene and ya wanna sugar/caffeine fix? Well, friend, don't despair. Krispy Kreme is here for you. Right down at Peace and Person streets (with drive-though convenience yet! http://locations.krispykreme.com/location/raleigh)  you can order from an extensive menu of crullers, creme-filled, lemon-filled, jelly-filled, chocolate-covered, plain-cake, oven-fresh, sprinkle-encrusted, powdered-sugar-covered, deep-fried mouth-watering authentic heart-attack-inducing nirvana-inspiring doughnuts, and a fine selection of java to boot. Whew! Hey, what better way to cap off an evening of downtown alcoholic reverie? But here's the thing:

I hate stereotypes as much as the next guy, right? But it seems that Raleigh's “finest” (RPD, Raleigh Po-Leece, the “fuzz”, “the Man”) just like you might already harbor a secret belief, like to eat donuts as much as the rest of the law-abiding public. Or more? So, my client is one of these after-hours revelers who needs a caffeine fix to mellow out the six or seven PBR's she's had whilst listening to some cool local musical talent. See? After the clubs close, she drives on down to the local KK to get herself a couple of creme-filled and a coffee to go. While she's in line in her car heading toward the drive-thru window, this Raleigh Cop, who is also there to eat the delicious delectable donuts, sees that she's got a bad license plate light and decides to give her a little talking-to. Now then.  I won't mention the fact that my client has  several tats and some piercings on her bod, or that she's got a penchant for loud music. But whatever it was that ACTUALLY drew the cop's attention to this young lady, the bottom line is that robo-cop asked her to get out of the donut line (in her car) and answer some questions. “Who are you?” “Gimme your license and registration blah blah blah.” You know the drill.

End of story is she gets some paper to carry home in the form of a Wake County Traffic ticket for driving while license revoked. Truth be told, she's had a ticket before and simply forgot to pay it. As you may know, having an unpaid ticket is enough to cause NCDMV to revoke your license, at least until the underlying charge is dealt with. You see, in addition to being a local music aficionado and a VERY talented tattooist, like may other folks, my client is a little bit “distracted” when it comes to the hum-drum obligations of paying penny-ante tickets. It just so happens she had a prior ticket for failing to wear a seat-belt. Not sure what it was but most likely she was following her muse RATHER than worrying about a court date. As they say in Spanish, “resulta que” because she never went to court to deal with the little seatbelt ticket, a notice was sent to DMV informing the DMV of her failure to appear, and initiating a revocation order. So she comes to me:

Ok. Usual circumstances my advice is as follows:

From the vantage of the attorney representing the DWLR client, at least here in Wake County, this is often the best alternative. The DA will usually ask why the guy's (gal's) license was revoked andy then, provided it's not because of a DWI or some other “heinous” offense, if the attorney (or the accused) can show a copy of a new license, usually the matter can be resolved with a reduction in charge to NOL (no operator's license) and then a PJC. Recall that a PJC may not operate as a conviction in certain circumstances.  So a PJC may be just the ticket, right? Well, sure. But check this out:

According to the North Carolina General Statutes, my client could not in fact be found guilty of driving while license revoked unless she drove upon the streets or highways of the State. The cop, God bless his little heart, AT MOST saw that my client was driving a motor vehicle in the PVA (public vehicular area) of a Krispy Kreme donut shop. That is to say, she was NOT driving on the streets or highways of the State. Now, you and I both know perfectly well that she drove on the street to GET THERE, right? But the cop, busy with his own doughnuts, was in no position to SEE that IN FACT she had driven TO the Krispy Kreme via a street or highway. In fact, ALL the cop could testify to is that my client DROVE  in the public vehicular (PVA) area of the Krispy Kreme Donut shop. Result? I go and show the DA a copy of the new license my client got when she fixed the old unpaid ticket and went to the DMV and renewed. I tell the DA the story of how the cop ONLY EVER saw her drive in a PVA (and not on the street) and VOILA! Case dismissed.

If the cop can't establish that you actually DROVE on a  street or highway, then NCGS 20-28 doesn't apply. AT MOST the charge is no operators' license (NOL). Get a copy of your new license and tell the DA this and you're on your way to dismissal-ville. Word!