How to Win a Personal Injury Lawsuit Involving a Vehicle Accident 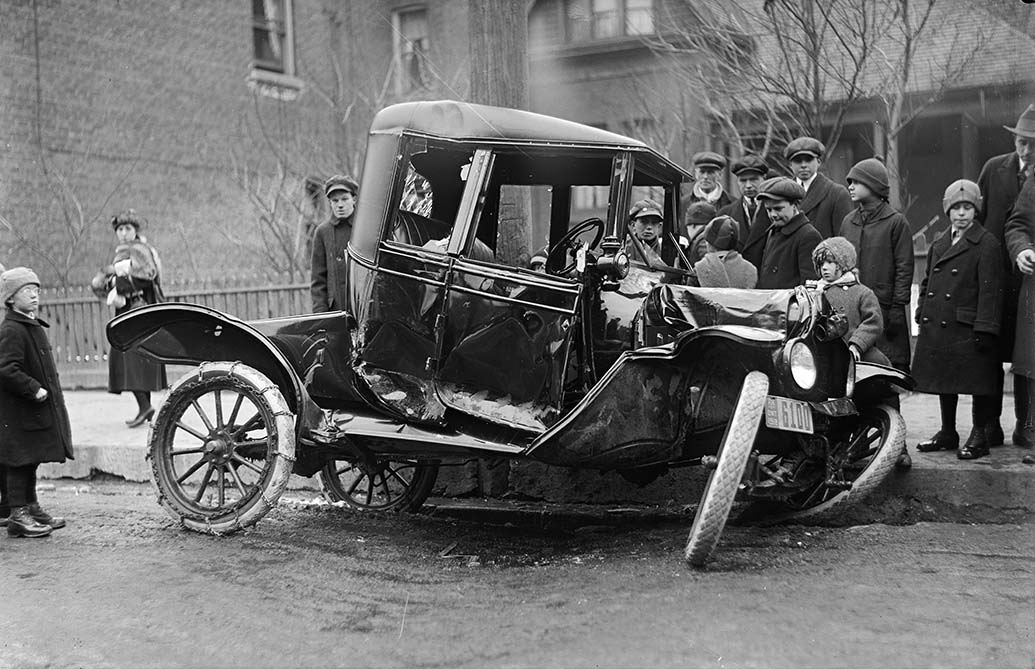 Auto accidents have been occurring since—well—since there have been cars on the road.  Take a look at the picture above, which occurred in 1918 in Toronto Canada.  Even back then personal injuries in autos were a problem.  So…what do you need to know about vehicle accidents as they relate to personal injury lawsuits?

Drivers are required to use that degree of care as would a reasonably prudent driver acting in similar circumstances. The details of the duty of care change slightly depending on what kind of vehicle is being driven, who is driving it, and whether or not the vehicle is commercial. However, many basic rules remain the same. Drivers have the duty to:

The specific duties of care required often vary depending on the situation. Deciding whether or not a duty of care has been violated is the responsibility of the trier of fact, which will be either the judge or jury depending on which type of trial has been chosen.

In cases where an injury is clearly caused by a driver’s negligence, showing causation is easy. In cases where the origin of injuries is not so clear, it can be more difficult. There are a number of tests courts used to determine injury. They vary depending on the state and the situation.

In order for a plaintiff to recover from a defendant in an automobile accident, the defendant must have acted negligently, that is, in violation of some duty of care. However, it is possible that the plaintiff also acted negligently and that the defendant is only partially, but not entirely, to blame for the accident. The doctrines of contributory and comparative negligence determine how to spread the blame when this occurs.

Get quotes for your case by simply uploading your case details to BernieSez.  It's a free service, and there's no obligation or commitments.  Just more info for you to make an informed decision.  Get started by clicking/tapping the button below.