It Just Might Not Be The End of World: Motions for Appropriate Relief 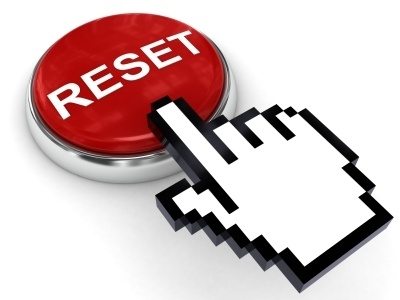 After a Defendant is convicted in a criminal case, they then enter a sentencing phase where the judge will enter a sentence on the record.  Oftentimes, defendants feel helpless and feel that they are stuck with an unfair sentence or may feel they were wrongly convicted based on a mistake made before, during, or after a criminal trial or proceeding.  There are options available to defendants to challenge a conviction or sentence after judgment has been entered.  This option is called a Motion for Appropriate Relief (also referred to as an “MAR”).

An MAR is not a guaranteed fix and is limited in the type of relief that may be afforded; however, it can nonetheless be beneficial for the defense, prosecution, and even the judge.  An MAR is not an appeal.  An appeal is not a new hearing, but the trial transcript is reviewed for abuse of the court’s discretion, or for errors of law or legal procedure. The appellate courts only decide questions of law, not questions of fact.  Moreover, an appeal is limited to the information, evidence, and determinations in the trial court’s record.  On the other hand, an MAR may allege factual and legal errors and may require a new evidentiary hearing.  An MAR may also be used in cases of ineffective assistance of counsel.

Procedure for Asserting or Filing an MAR

For offenses that are not punishable by death (i.e. murder), a non-capital MAR may be filed in superior or district court with the Clerk.  Once filed, the motion is transferred to the resident chief judge in the court division in which it was file (superior court chief judge or district court chief judge). The judge will review the motion and make a determination whether to dismiss it for lack of merit, order the state to answer the motion, or order a hearing on the motion. The party who files the motion bears the burden of proof by a preponderance of the evidence, which means the proof must be by the greater weight of the evidence or more convincing than not. If the party who files the motion is only arguing issues regarding the law, a hearing may not be ordered, and the defendant has no right to be present.

Pursuant to N.C.G.S. § 15A-1414, if an MAR is filed within 10 days after the verdict, it will be calendared to be heard by the same judge that presided over the trial court hearing.  Unless the motion is made in open court, the proper way to file an MAR is to prepare a written motion prior to the end of the superior court session and within 10 days after the judge entered the judgment. The motion must state the specific grounds for the motion and the relief being sought.  If in superior court, the party filing the motion (pro se defendant or attorney) must certify that there is a sound legal basis for making the motion and that the motion is being made in good faith. The attorney or pro se defendant must then notify the District Attorney and the original attorney in the case, if different, by sending them a copy of the motion. The attorney must determine that the original attorney reviewed the transcript or has made a good faith determination that the relief sought does not warrant a full review of the transcript. In the event the transcript has been lost or is unable to be found, the attorney must state so in writing and set forth all steps taken to attempt to obtain the transcript. For capital cases (offenses for which the death penalty may be imposed), the Attorney General and District Attorney must be served with notice of the MAR.

An MAR may only be granted by a judge with the District Attorney’s written consent or after the District Attorney has had an opportunity to object.  An MAR filed after the entry of judgment must include an affidavit or other evidence not present in the transcript or evidence that was outside of the judge’s knowledge during the trial court proceeding.  The opposing party may also file affidavits and evidence to counter the moving party’s evidence and allegations.

Indigent defendants have a constitutional right to counsel in MAR proceedings if the defendant has been convicted of a felony, fined $500 or more, receives an active jail or prison sentence, or if there is an evidentiary hearing.

MARs Effect On A Guilty Plea

Ordinarily a defendant who enters a guilty plea is barred from challenging the conviction.  However, a defendant may still find relief from a conviction or sentence by filing an MAR if the guilty plea was not entered voluntarily, knowingly, or intelligently, if the sentence was illegal or to contest the court’s jurisdiction over the case.

State’s Right to File an MAR

The State (prosecutor) may file an MAR for any issue or error that they would be allowed to raise in an ordinary appeal, may ask for a sentence to be imposed even if the person was originally granted a prayer for judgment continued, or to ask for a modification to a sentence, probation, or fine.

Outcome of a Successful MAR

N.C.G.S. § 15A-1417 provides the type of relief available to a defendant who successfully raises an MAR defense.  A judge may set aside a conviction and in such case, the State is allowed to retry the defendant, or the judge may set aside the conviction and enter an order dismissing the charges preventing the State from retrying the defendant.  If the charges are simply set aside, there is no right to an expunction; however, if the charges are dismissed, a defendant may seek an expunction under N.C.G.S. § 15A-146.