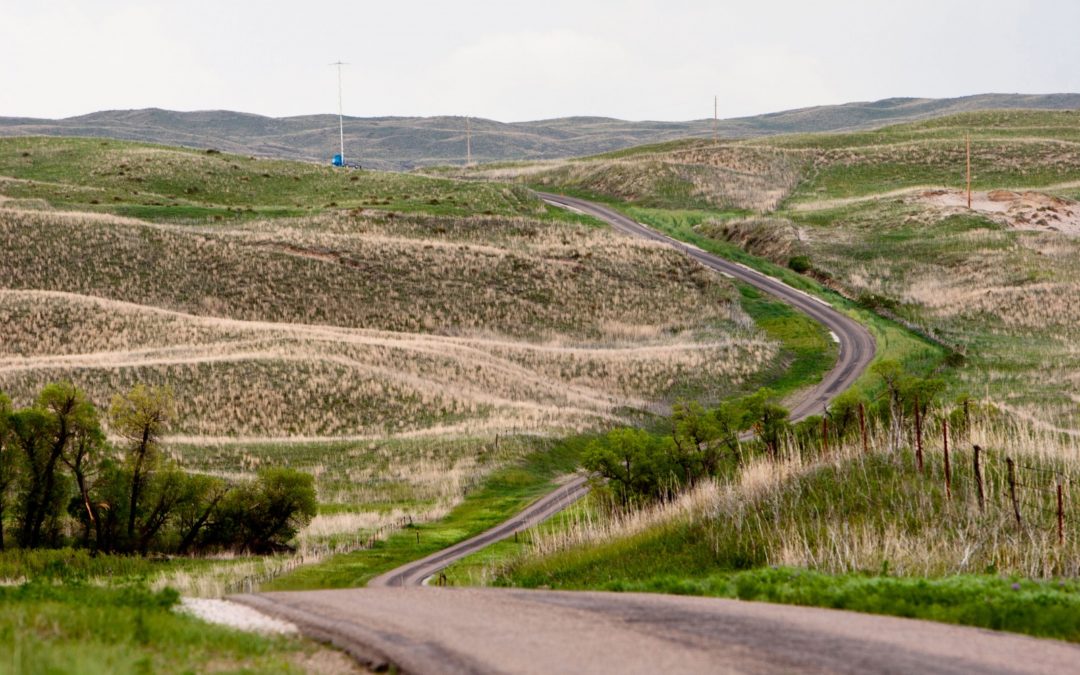 The following article was authored by Theodore Arthur Sande, a theoretical astrophysicist who has never been convicted of exceeding the speed of light.

Big sky vistas, endless featureless landscapes, and low traffic densities characterizing the roadways of Nebraska serve as a more than adequate enticement to drive at speeds in excess of legally posted limits. The Nebraska driver may be able to speed for hundreds of hours and thousands of miles, but cannot do so with impunity indefinitely. Every speeding driver skilled in evasion will eventually be served with a traffic ticket on the Nebraska roadways.

Motor vehicles driving on all publicly accessible roads in the state of Nebraska are subject to clearly posted maximum speed limits. Driving at speeds in excess of these posted limits, even as little as one mile per hour over for a time period as short as one second, is a ticketable offense. These limits are legally construed as absolute, strict liability limits. The speeding driver can be ticketed and convicted in the absence of conscious intent or even cognizance of the speeding violation. Local police, state police, and county sheriffs are authorized to temporarily detain and issue speeding tickets to any driver providing evidence, determined by visual analysis corroborated by radar, laser, and/or other electronic means, of violating such maximum speed limits.

Nebraska speed limits are determined by the class of road they are assigned to. The established speed limits are not arbitrarily imposed but are determined by scientific engineering and traffic investigations conducted by the Nebraska Department of Roads (NDOR) Traffic Engineering Division with the ultimate goal of achieving a maximal combination of driving safety and travel efficiency.

The road classes and associated speed limits are

You are not legally required to memorize these road classes and limits, of course, since all roads will have signs periodically posting the local speed limit. However, it is advisable to remember them nonetheless since you may miss seeing the first sign you pass upon turning into a road and may inadvertently exceed the speed limit until you encounter the next sign. Exceptions to the above speed limits may be posted due to special conditions, overriding the default speed limit.

The first, immediate consequence for a traffic ticket conviction for driving over the speed limit is the levying and payment of a monetary fine.

These fines are doubled if the violation occurs in a work/school when workers/children are respectively present.

These fines serve both as prior dissuasion and post hoc punitive measure to encourage future compliance with all speed limits as well as to amortize the cost of the policing of these limits.

Entering a plea of guilty and paying your fine in full is only the beginning—and certainly not the end—of the train of prejudicial consequences you will suffer consequent to a speeding conviction. In addition to the initial fine, entering a guilty plea will result in the assignment of points to your personal driving record with attendant negative consequences of increasing severity. Analogous to the Nebraska Speeding Fine Schedule, the Nebraska Speeding Point System assigns demerits, or points, to your personal driving record proportionate to the speed at which you were driving in excess of the posted speeding limit as follows

Thus for a given excess speed, there is a higher point punishment inside city limits than outside, which makes sense, since exceeding the speed limit within a city poses a greater risk to person and property than doing so outside a city. Limited access interstate highways offer the lightest point punishment since driving in excess of the posted limit is least likely to result in injury and damage. Please resist the temptation to do so. Nebraska is not die deutschen Bundesautobahnen. Verstehen Sie?

Your accumulation of points is not merely a nominal reminder of your litany of traffic offense convictions. Accumulate a sufficient number of points and additional, highly unpleasant consequences await you in your future.

Amass 12 points within any 2 year time period and your driver’s license or commercial operating privileges can be revoked for 6 months the first time and for an astounding 3 years the second time within a five year window of the first revocation. These draconian punishments, second in severity only to confinement to county jail, are to be obviated at all costs. One saving grace is that a given point only remains on your driver record for 2 years from the date of its award and is permanently removed thereafter.

The accumulation of points will often result in a concomitant increase in your automotive insurance rates since your insurance agency will construe your conviction as evidence of significantly heightened risk of accident due to your propensity for speeding. To amortize this perceived increased risk, your premiums will invariably be hiked in consequence. Changing insurance agencies will not help since all insurance underwriters will have access to your Nebraska Driver Record. Being found guilty thus results in your paying not only the initial fine for the original ticket, but a long series of rate increases on each of your monthly insurance premiums. Imagine this as paying an additional ticket fine each month!

Your Nebraska Driver Record serves as the official repository of all your convicted driving offenses against the State of Nebraska, speeding amongst them. Like a litany of forgivable sins, though, entries in your record are not permanently inscribed for all of eternity. The Nebraska DMV Driver Record Retention Schedule specifies the duration for which all driving convictions remain on record. Fortunately, for all speeding offenses, this time limit is only 5 years, after which all record of the speeding offense is permanently removed. The exception is the 10 year limit for engaging in speeding contests, so restrain your enthusiasm for drag racing.

Enter a plea of guilty

Almost all speeding offense in Nebraska are classified as petty infractions punishable only by payment of fine, obviating the possibility of serving jail time such as would be the case with criminal misdemeanors. Petty infractions allow the convenient option of paying the ticket by mailed check or electronically via an internet website.

Despite this tempting convenience, be warned that this payment is legally construed as an explicit admission of guilt to the offense declared on the ticket, and is freighted with the same legal consequences as if you plead guilty directly to a traffic court judge at your pre-trial arraignment.

If the speeding is excessive, e.g., over 100 MPH, and is cited as willful, reckless driving, this can be charged as either a class I,II, or II criminal misdemeanor, necessitating a court appearance in person at your pre-trial arraignment.

Plea bargain to a lesser charge

A highly experienced licensed traffic attorney can confer with your case’s prosecuting district attorney on the day of your pretrial arraignment and negotiate your entering of a guilty plea to a lesser offense entailing a smaller fine and point assignment. This bargaining negotiating is known as a plea bargaining. The reason that district attorneys are often amenable to accepting a plea bargain is that if they did not, your attorney could strongly advise you to please not guilty at the arraignment and assert you right to a future court trial.

What would you have to lose, other than having to pay additional court costs? Imagine if every recipient of a speeding ticket availed themselves of their constitutional right to a jury or bench trial. The entire traffic court system would literally collapse as literally millions of speeding ticket trials would have to be heard each year. The negotiation of a plea bargain is best executed by your traffic attorney who possesses an intimate knowledge of traffic law as well as possessing the negotiating prowess to secure a plea bargain on terms most beneficial to you.

Plead not guilty and prepare for trial

Drivers ticketed for speeding violations reserve the constitutional right to contest the charge by requesting a courtroom trial, the verdict either decided by jury or with only a judge presiding, i.e., a court trial or bench trial. The goal is to successfully defend yourself against the ticketed charge by procuring a verdict of not guilty, nullifying the payment of fines and the assignment of points to your driver’s record. The risk, of course, is that of being found guilty by judge or jury, with court costs being added to that of fines and points. Although one could represent oneself pro se, your representation by an experienced licensed traffic attorney enormously increases your chances of procuring a not guilty verdict if you elect to go to trial.

At the discretion of the traffic court, and only once every 5 years, a convicted driver may be granted the opportunity to enroll in a Nebraska DMV approved Driver Improvement Course. Upon successful completion, a credit, or erasure, of 2 points on the driver’s record will be awarded if the point total on the date of the latest violation is less than 12 points.

A conviction for speeding in Nebraska is a costly proposition with adverse consequences beyond just paying the nominal fine. Being represented by a skilled, highly experienced traffic ticket attorney can profoundly increase your chances of avoiding or mitigating the worst of these possibilities.

BernieSez is our service that can quickly and easily match you up with a such a skilled traffic ticket attorney at no cost to you.