Pulled over for a DUI in Myrtle Beach SC? 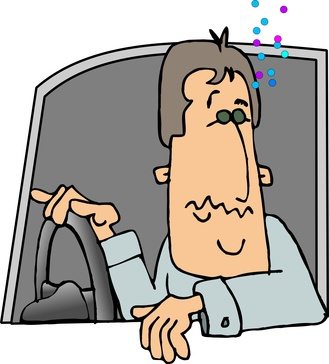 Our guest post is from Justin Lovely, from the Lovely Law Firm in Myrtle Beach, South Carolina.  Justin's bio can be found on his website, located at http://www.justiceislovely.com/the-attorneys/justin-m-lovely/

So you’ve been pulled over by law enforcement. You are anxiously waiting in your car for the officer to approach your vehicle. Your mind is running a million miles a minute while you try to figure out what you’re going to say to the officer. You know you probably had one too many drinks at your favorite local bar. You ask yourself, should I be honest and admit to driving while intoxicated?  Well I’m here to put your mind to rest and give you some answers to your questions regarding your stop by law enforcement.

In a SC DUI case, less is more

First and foremost, you should know, the less you say the better off you are. Yes, you should cooperate with the officer’s requests but you shouldn’t offer information to the officer. The officer is going to try to illicit incriminating statements from you, the reason being, he can then use those statements against you if need be in a court of law.  However, it is possible the officer cannot use your statements against you. For instance, if the officer failed to give you Miranda warnings before placing you under arrest or if he coerced you into making incriminating statements. This is just one of the areas where your attorney comes in handy. Your Myrtle Beach DUI attorney can analyze your case and tell you whether the officer followed correct police procedure and whether your 4th amendment rights were infringed upon.

Chances are, one of the first things the officer will ask you, after he asks for your license and registration will be: have you been drinking? No matter what you say, chances are, he is going to ask you to submit to an array of field sobriety tests. The reason why the officer puts people suspected of driving while intoxicated through a series of field sobriety tests is to gather evidence against them. This evidence again, much like your statements, can be used against you in a court of law if proper police procedure was followed.

Don't do the field sobriety test

If you find yourself in the predicament where you are pulled over and you have been drinking, do yourself a favor and say as little as possible. Remain calm and request your attorney. Contact your attorneys at the Lovely Law Firm at 843-839-4111 immediately to discuss your case. The Myrtle Beach office is located at 804 North Oak Street. Myrtle Beach, SC 29577  or on the web at www.justiceislovely.com