So You Drank and Drove in Maryland 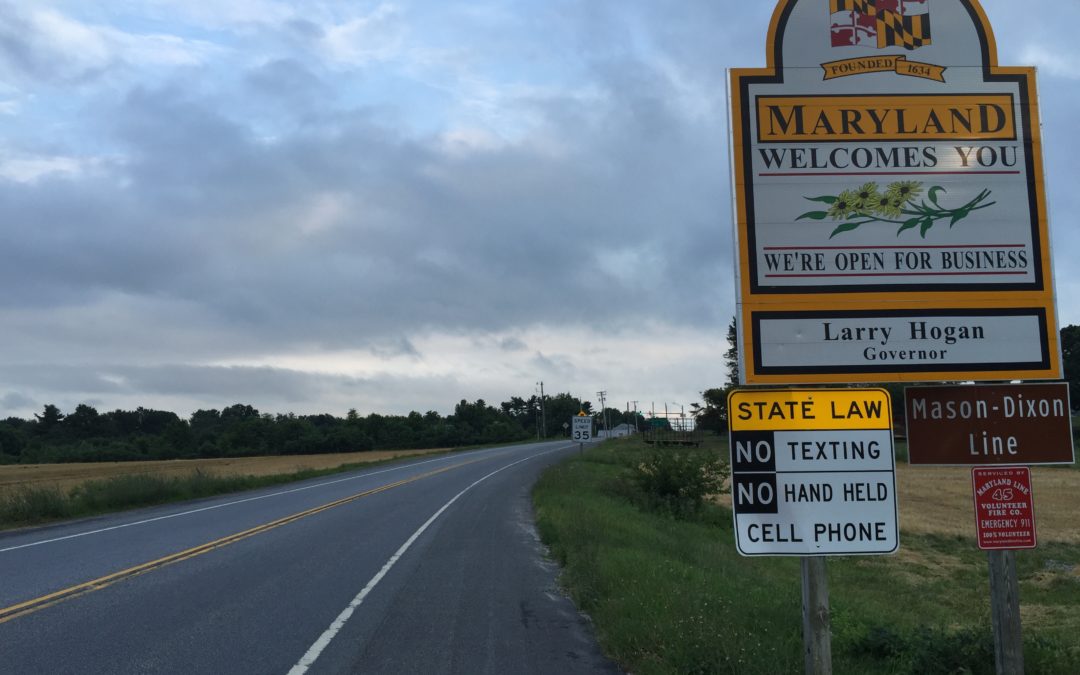 Where the time fits the crime

Maryland is a place that’s filled with all sorts of interesting people who serve to make the Old Line State the cultural hub that it is. From its beautiful scenes in nature to its expansive waterways to the seafood – oh god, the seafood – it’s every bit as vibrant as one might expect. Given the historic state capital, Baltimore, and Washington, D.C. to the south (which really isn’t Maryland, but whose laws are worth comparing), the tourism industry has benefited Maryland’s financial standing immensely, and as many of us know, with good tourism and tasty food usually comes a brew or two.

Now, the authorities in MD know that a whole variety of situations can lead to someone drinking and driving, and the laws established in this state reflect that reckoning. In other words, not all Maryland DUI laws are created equal. Depending on your exact blood alcohol level and your behavior upon arrest, the penalties you might face and even the name of your offense might be altogether different from the next person’s. So as you read on, be aware that if you’ve been busted boozin’ and cruisin’, you might be smacked with a DWI (driving while impaired), a DUI (driving under the influence), or if you’re in D.C. possibly an OWI (operating while intoxicated.) But don’t worry! The details surrounding each type of charge are all equally fun to deal with. If you’ve found yourself in such a sticky situation, be smart and act fast so you don’t get screwed. Find yourself a capable lawyer who’s able to assist in reading over and assessing your case to achieve the best possible outcome.

We should probably start by agreeing that, as a general rule, you shouldn’t drink and drive. Many of us might attest that a couple of drinks spaced out over an hour or two won’t have a very detrimental effect on our mental capacity. Maybe you’ve experimented with your own tolerance, which, granted, is not a great idea if you’re interested in respecting the safety of other drivers on the road. We don’t condone it. But maybe you have, and maybe you know all the sneaky backgrounds that’ll take you home from the bar with the smallest chance possible of coming across a police officer. No matter what level of tipsy supervillain you’ve managed to achieve behind the wheel of a car, know this: Most of us are 100%, definitely not above the law, and in the state of Maryland, there’s a chance that what you think is legal might actually qualify you for a not-so-fun set of punishments.

So what’s against the law? Let’s start by with BAC levels, since as we stated before, not all drinking and driving charges are created equally.

Apart from average drivers, there are two exemptions from these regulations: commercial drivers, who may not drive with a BAC of 0.04% or higher, and minors, who are treated under a “zero tolerance” policy.

Without adequate legal representation, anything can happen in a court of law – that is, any consequences falling under the umbrella of what is legally appropriate to fit your crime. So you’re busted. That really sucks. What exactly should play into the cost-benefit analysis going through your head as you leave the county jail?

Keep in mind that any DWI or DUI conviction will automatically result in a pretty lofty point addition to your license, and the accumulation of points is never a good thing. In general, the rule is this:

In certain scenarios, you can argue that your choice to drink and drive didn’t pose as severe a threat to other people’s safety as it might have under different circumstances. This might sound like an irresponsible thing to claim, but it could save you in terms of substantially lightening your punishments. To do so is to achieve what’s called a “wet reckless” conviction, which essentially lowers your conviction from a DUI/DWI to a reckless driving charge, which is attached to a host of lighter punishments. Still bad, but not terrible. In order to have your crime considered as such, you must meet two main qualifiers:

It’s also recommended that if you’re going to pursue this line of defense, your BAC cannot have been too high. Use your common sense here.

Unsure of what to do? Try BernieSez

Upon being charged with a DUI or DWI in the state of Maryland, you’ll find that your life is about to get a hell of a lot more complicated. There is no rule that says that you should go about it alone; in fact, in this sort of scenario it’s more than recommended that you seek legal assistance or at least a little advice. At BernieSez, you can upload your case for free, where experienced attorneys from all 50 states will have access to it and can offer you their services. Or, if you just have a question, feel free to try out the discussion board – it’s even easier! No matter the severity of your crime or the number of times you’ve gotten busted by law enforcement, know that your right to an attorney exists and you’ll thank yourself later for exercising said right. What are you waiting for? Upload your case, and embark on your path to better justice today.