So you drank and drove in Alaska 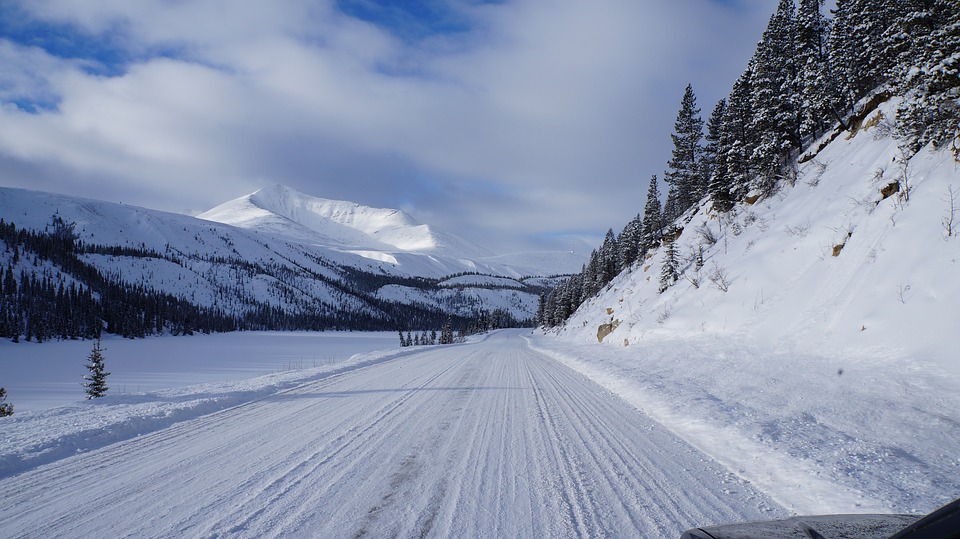 In the great state of Alaska, there’s probably a very fine line between having a couple of whiskeys just to say warm and crossing that threshold that clearly defines one’s drunkenness. Why one would want to get piss-drunk in the wild world that is our uppermost territory is certainly debatable. Who knows? It just might be the natural human condition, exacerbated to the loneliest degree by frigid wind chill and an indescribably desolate landscape.

Perhaps it’s clear that a non-Alaskan has conjured up this rendering of what makes men drink up in The Last Frontier. But if we’re being honest, it’s pretty hard to argue the potential dangers of alcoholic beverages consumed pre-cruising – especially in a place like Alaska. In Anchorage in 2016, the city saw a little over 1,000 DUI arrests. That comparatively low number exists for good reason; the penalties associated with a drunk driving conviction are pretty harsh. It isn’t really a secret that in Alaska, a drunk driver won’t hold onto his or her pride for very long. Not if the fines and mandatory jail time have anything to say about it. For a more detailed account of what such a situation might entail, read on.

Know your limits…and the law

“Well, wait a minute,” you might be thinking. “Is Alaska not No Man’s Land? How seriously can law enforcement really afford to take your everyday, run-of-the-mill DUI?” While modes and patterns of enforcement always, of course, depends on your exact location and population make-up, there’s no denying the law of the land. And in this case, the case of Alaska, USA, that law says you really shouldn’t drink and drive.

So what’s illegal? Whenever it comes to straightforward enforcement, you’ve always gotta have clearly discernable limits in place. In A.K., it is illegal to drive with a BAC of:

Where your crime falls within the scope of severity is based largely on your prior conviction count. Depending on whether or not you’ve been busted before, you could be looking at an embarrassingly lengthy jail sentence, nasty fines and accumulated court costs, and even the potential loss of your vehicle. At this point it should hopefully be clear to see that outside of the reasonable degree of humiliation a person might suffer if they’re discovered boozin’ and cruisin’, there is a significant amount of financial hardship and overall life complication that can result from a DUI conviction. Still not convinced? Read on.

Let’s just say you already knew all of the above; let’s say that the only part of drunk driving you didn’t fully understand was what 0.08 feels like within your own unique anatomy. After all, at five beers in, you can still walk in a straight line. Why shouldn’t you be able to drive a car?

As it turns out, there are more areas pertaining to the safety of yourself and others that come into play whilst driving intoxicated. And if you’re found guilty, the state of Alaska has some pretty solid framework of conceivable punishments in place to convince you that yes, you fucked up. (All the more reason to hire an experienced attorney if you find yourself in trouble!) When you keep in mind jailtime as a mandatory minimum as well, the required installation of IID’s (ignition interlock devices) upon conviction, and a lookback period of 15 years, an individual convicted of drinking and driving in Alaska will quickly find that this state’s DUI law is ice cold.

If it’s a felony, you’re looking at:

If it’s a misdemeanor, you’re looking at:

If it’s a felony, you’re looking at:

As one might expect, fifth and subsequent offenses are linked to increasingly harsher penalties. However, the accumulation of one’s offenses within 10 consistently constitutes a felony versus a misdemeanor offense. In addition to all the penalties detailed above, any Alaskan DUI conviction will also involve referral to drug and/or alcohol counseling…because maybe, the penalties the state has in place aren’t convincing enough for you.

Like many other states in this great nation, the Alaskan justice system doesn’t exactly side with he who drinks and drives. While it might seem tempting to simply deny your arresting officer the right to perform a roadside breathalyzer test – or some other sort of chemical test – it isn’t really in your best interest. Also known as implied consent, Alaskan drivers are expected to submit to chemical testing – or suffer the consequences. In more detailed words:

But wait…I’m not a lawyer

So far, so good – you’re on BernieSez, and that means you’re leaps and bounds ahead of the next sucker with a DUI charge. What are you waiting for? Our site is loaded with good connections with local attorneys who want to get you the best deal out of whatever sentencing is to come. Having a reputable attorney on your side can be very helpful in determining all the possible outcomes associated with your particular case – and in examining the events which led up to your arrest. Hop on our discussion boards today, post your questions, and do whatever it takes to ensure you have an expert on your side. Getting in trouble with the law can undoubtedly be a nasty business – but no one ever said you have to do it alone.