So you got a DUI in Idaho, did you? 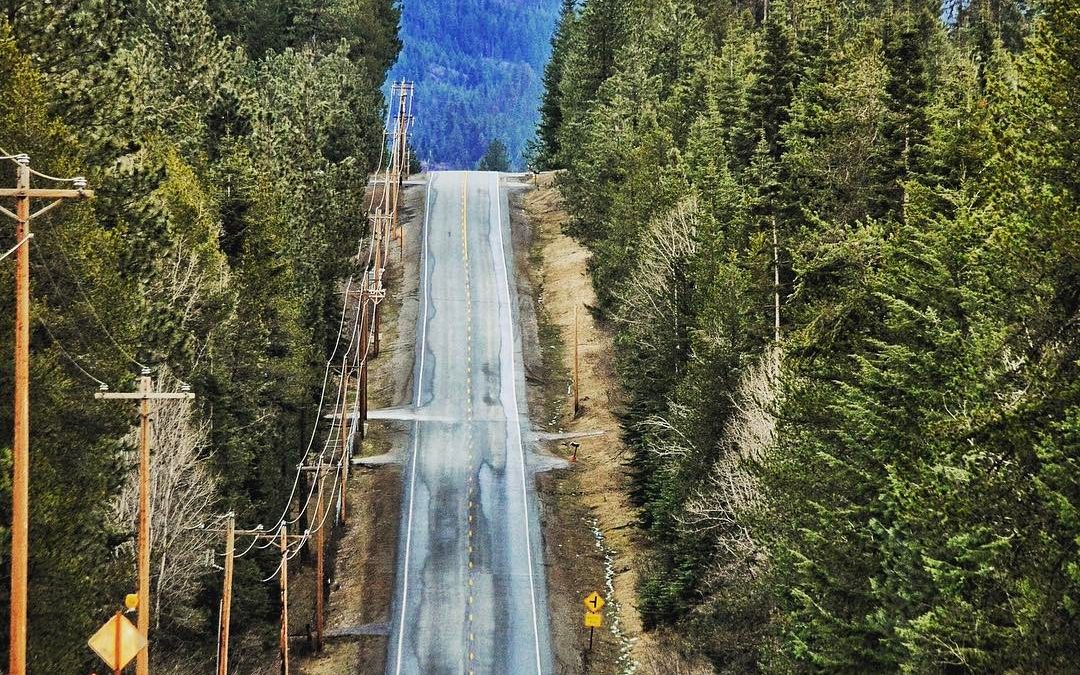 It’s the end of a sensationally beautiful day. To your north are acres upon acres of untouched, wild land, protected by centuries by men hell-bent on honoring our mother earth. To your west: Oregon, land of the setting sun. And to your south and east, the rest of this great nations, all fifty states scattered here and there that are each in their own ways wonderful, but not terribly relevant to you at the present moment. Because you’ve got the rough terrain, the true American frontier. You’ve got Idaho. And since there’s really not a whole lot to get into on a Saturday night in these parts, to your immediate front-and-center, you’ve got a glass of Canadian whiskey, on the rocks.

So isolated and liberated are you, surrounded by wilderness, that you don’t stop to consider the indisputable, heavy-handed laws of civilization as you’re sliding behind the wheel of your car. (You’re just headed to the A&W down the road for an original bacon cheeseburger and an extra-large fry.) Unfortunately, someone else definitely has considered this, as evidenced by the blue-and-white lights flashing in your rear view. Yep, it’s looking like a DUI situation. You’ve lived in Idaho pretty much all your life – but do you know what’s around the metaphorical corner?

Although you might not feel like a great danger to yourself or others whilst setting out on a quick drive after two or three drinks, it’s certainly worth noting that about 40% of all car accidents in Idaho occur at times when one or more person involved was under the influence. That’s a different breed of slow-thinking, something that can happen to anyone. But before we go any further, let’s dissect the very essence of an illegal intoxicated situation: What’s against the law?

In the state of Idaho, it is illegal to operate a motor vehicle if you have a BAC of:

Wait, so how drunk were you?

In general, it sucks to get a DUI. The process involves ugly insurance filings, forfeiture of your driving privileges, lengthy tribulations required to get them back, and money demanded by the state that you just might not have lying around. But as far as first-time offenses go, the Idahoan powers that be aren’t necessarily the worst players in the American game as far as public humiliation goes. In other words, if you’ve been busted but it was a low-BAC, damage-and-injury-free situation, no jail time is required. The lookback period, however, is 10 years in Idaho. That means that any subsequent offenses will count as second, third, and so forth in terms of exponentially evolving consequence schemes. You’ve been warned.

But not all DUI’s are created equal. To put it simply: The drunker you are, the more seriously your crime will be taken. A “safe” range (involving standard punishments) is 0.08-0.19. Any BAC’s that are 0.2% or higher will qualify you for enhanced penalties. As one might expect, if you’re busted at said level of intoxication, jail time is mandatory – for anywhere from 10 days to one full year, to be exact. In addition, the lookback period for these types of DUI’s is five years; if you manage to pull two off in that length of time, you’re looking at a felony conviction. And probably for good reason.

How bad can it be?

Depending on the specific circumstances surrounding your case – pretty bad. But don’t lose hope just yet. The worst of the worst sentencing outcomes are generally reserved to those whose crimes qualify as aggravated DUI’s – that is, those in which serious injury or death occurred, or in which you already had multiple DUI convictions, or in which you were transporting minors. Those types of offenses often escalate to felonies, and are associated with heftier fines and the definite installation of an IID (an ignition interlock device) in your vehicle.

We’d be remiss if we didn’t provide a basic penalty-by-offense breakdown of DUI’s in Idaho. You can consider the following explanations “lawyer-free” zones; that is, any of it might transpire if you don’t have the backing of an experienced person of the law on your side. So if things are looking sketchy, don’t take any chances. Get yourself some help.

“Hold on,” you might be wondering, just hours after going through the trauma of being pinned with DUI charge, “all of these scenarios begin with me losing my license. I’m not guilty yet. How am I supposed to get around?”

Hopefully you’re not asking this question too late in the game, because in Idaho you only have seven days to appeal the administrative suspension of your license through a formal hearing. This appeal has to be put into a formal letter and mailed to the Department of Transportation, and there are no ifs, ands, or buts if you miss that seven-day mark. Time to break out that pen and paper. Keep in mind that if you succeed and manage to win your license back, that decision is in no way related to the eventual outcomes of your sentencing, which can easily involve a lengthier license suspension.

Even if you believe you may be 100% guilty, there are negotiations to be had—and you’ll want to be sure you have the most experienced person you can find on your side to help mitigate the eventual outcome. No matter what events transpired before you got charged with drinking and driving in the state of Missouri, BernieSez is a great place to get some advice regarding your case or enlist the help of a licensed professional. Upload information pertaining to your charges to the site, and it will be viewable by local men and women of the law. Match with your lawyer today and get started on your path towards the better side of justice.