What Happens When You Get a Speeding Ticket in Florida? 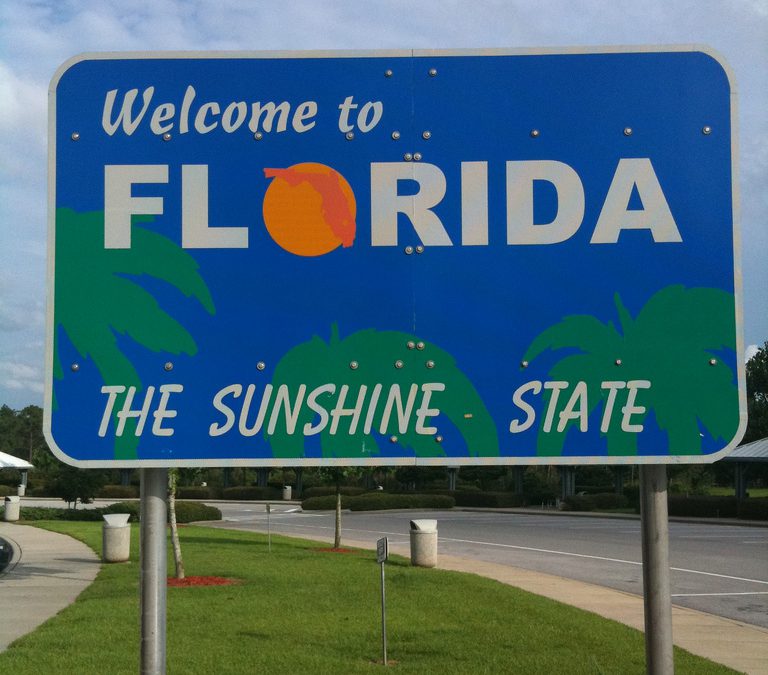 Getting a traffic ticket in Florida could end up being rather costly. Depending on your speed and previous driving record, you could end up paying for court fees, the cost of the ticket, and it could result in a suspended license. Ongoing costs, which you don’t need, could arise from an increase in your car insurance premiums, or having to pay charges to get your license restored.

While some states may have a greater leniency, Florida has strict laws for drivers. Driving just one mile per hour over the speed limit can result in a speeding ticket. Someone who is a first time offender could be fined up to $250, and, depending on the speed, may get their license suspended for up to 30 days. A DUI carries a much severer penalty.

Like many other states, Florida uses a point system for traffic tickets. Only so many points are allowed prior to getting your driver's license revoked. If you like to speed, and accumulate tickets, it won't be long until your driving privileges get suspended. Just 12 points are needed within a 12-month period to get a 30-day suspension of your license; 18 points in an 18-month period will get a 3-month suspension; and 24 points earned within 36 months carries a 12-month suspension.

Attending Traffic School as an Option

The state of Florida permits traffic offenders to opt for attending traffic school instead of having points attached against their license. If this option is used, it must be declared that you will opt for it when you first appear in court about the traffic ticket. As long as you finish the classes by the required time, you will not be declared guilty and no points will be issued. You will have to attend the classes in the county where the ticket was given. There will be an extra fee for choosing this option, in addition to paying for the ticket, and a surcharge. An added benefit is that it will also prevent your insurance rates from being raised. If by getting these points your license will be suspended, it certainly would be a good choice. It will save you the cost of hiring a lawyer, but you will have to pay for the classes. The exception to this option is if you received the ticket in another state. In that situation, it will be necessary to get a lawyer if you want to prevent the points from being given.

Getting a Florida Lawyer to Keep Points Off Your Record

Another way to keep points off your driving record is to get a lawyer. You could defend yourself in court, but getting an experienced Florida lawyer is a more sensible choice and will ensure better results. There are three approaches that may be used in your defense in court. It will be necessary to either claim that you were:

In most cases, a lawyer can get the penalty reduced, if not thrown out completely.

Traffic Tickets in Another State

Points are also given if you receive a speeding ticket in most other states. Compacts made between states, such as the DLC (“Driver License Compact”), the DLA (“Driver License Agreement”), and the NRVC (“Non-Resident Violator Compact”) has resulted in most states sharing speeding ticket data with other states. The only exceptions are Michigan and Wisconsin, which have not signed any of these compacts. For now, tickets obtained there are not likely to show up in Florida.

Where the other state does notify Florida about the ticket, Florida will apply the points to your license as if you had received the ticket in Florida. The points that Florida assigns to your ticket may be different than what the other state gives you, but that will not affect your points in Florida. It is possible that no points will be assigned if Florida does not give points for those same driving offenses. Points will stay on your driving record for at least five years, starting from the date of conviction.

An easy way to find a lawyer for your traffic ticket is to use our website's special feature. Simply submit a copy of your ticket and type in some details and lawyers will send you their price – letting you choose the one that's right for you. Best of all, there is no cost to you for this service.  Click the button below to upload your case.  It's a free service and now available nationwide.