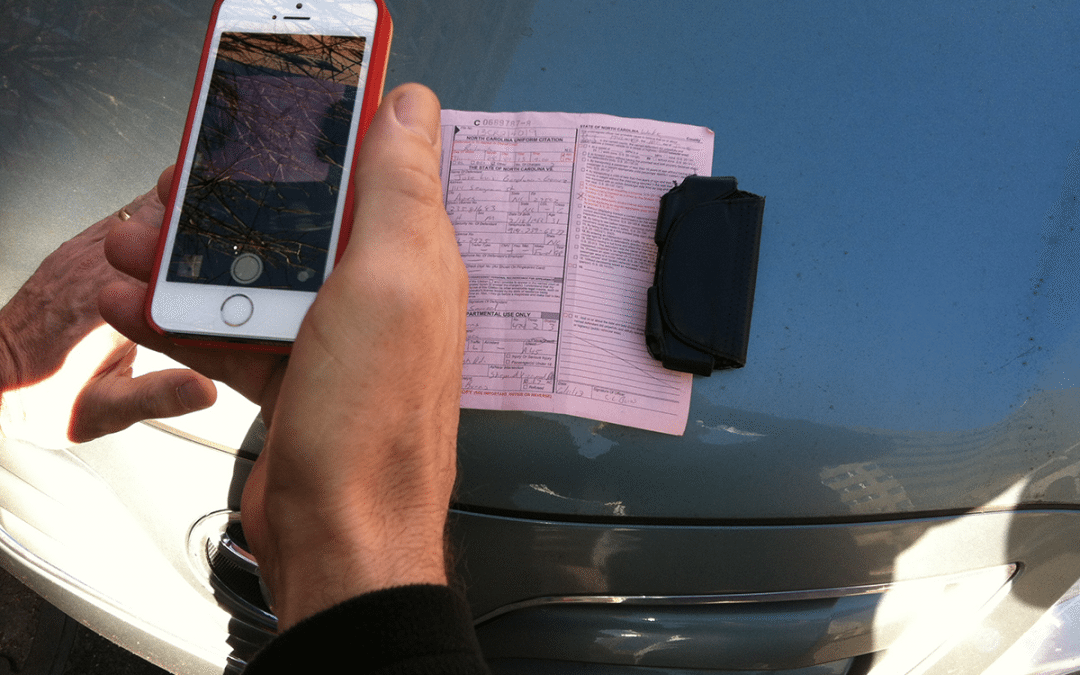 These used to be hand-written pink or white documents

I'll tell you a funny story. Here in North Carolina traffic citations (or traffic tickets if you prefer) USED to be all hand-written deals. The cops would actually carry around big tablets of carbon-copy traffic citations. Cop pulls you, writes you up, presses his pen hard enough to make three different copies (I believe it was three). One for you (you're welcome!), one for the court (to put in your court file) and one that the cop keeps himself. The trouble with that kind of traffic citation however was always that they depended on the cop being super-meticulous about lining up the papers on top of the carbons. That may not seem like a big deal but the most-used charges were all stacked up on the right side of the traffic citation with little check-boxes that the cop could “tick” to charge the pre-written charge. Charge for NOL (no operator license) and it's just a matter of checking the box. Driving while license revoked? Same deal. No insurance? Same. See how it goes? Ok.

The cop marked the wrong checkbox on the paper citation form!

As it turns out DWI (driving while impaired) was just a box away from NOL (driving with no operator's license). One time a client of mine comes to me and tells me how he got busted for DWI and so on. I asked him the usual questions. You know, where were you, what happened, what'd you blow and so on. And then I asked him for his tickets. Well, turns out the cop, who must have been about dead tired or distracted or whatever, had actually CHARGED the guy (by checking a box on the carbon form) with a simple NOL (no operator license)! Holy shit!

So I told him the news and that, very likely, that's what was recorded at the court house too (because in those days the clerks in the court house would have to hand-enter all the charges that the cops would turn in). Well, long story short, client comes back a few days later and tells me he's done. The court in fact had recorded his ticket as a NOL (no operator license) charge and he simply paid it off right then and there. Now he wasn't completely out of the woods of course. His driving record reflected points for a NOL conviction and he probably paid a bit more insurance for three years after. But given the choice to fight a DWI or suffer some piddly-assed NOL, I think he was pretty happy! Now, I had always thought that because of some clerical error like this, that the cop could come back and re-charge him. I mean, he had all the evidence and so on…none of that was lost. But it never happened. Probably embarrassed that he'd screwed up!

Unfortunately, nowadays all the traffic citations are issued in by e-citation format. There's an on-screen fillable form that the cop pulls up and points and clicks. Then with another click it all gets sent to the courthouse. No manual entry means fewer errors. Not NONE, but fewer. Oh well. Now we'll just have to look for other stuff the cops screw up. Peace!