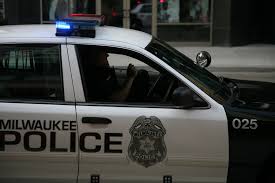 For some reason or another, the state of Wisconsin frequently appears among the top five U.S. states when it comes to polls and statistics relating to drunk driving. For example, a 2012 CDC survey which asked Americans whether they had definitely driven after having had too much to drink the past 30 days showed just a handful of states where more than 2.7% answered “yes” – and Wisconsin was in fact on the higher end, weighing in at 3.1% of those polled. That might not seem like a lot of people, but you also have to consider how many people were possibly lying. In 2015 alone, almost 30,000 Wisconsinites were arrested for driving under the influence.

Maybe it has something to do with all that beer. Maybe it’s those poor folks trying to stay sane during those cold as shit months. Whatever the reason, numbers like that have gotta make you wonder: What’s happening to those people? Or – perhaps more importantly – what’s going to happen to you, the average merry cheesehead, if you’ve managed to land an OWI yourself?

Never fear: There’s plenty of information to go around.

Not every driver in the state of Wisconsin is treated exactly the same when it comes to alcohol in the blood or on the breath. Operating while intoxicated is a serious offense and can pose a very real threat to other people; not only is there very little room for argument in terms of alcohol levels, there is also no tolerance whatsoever for driving under the influence of any controlled or illegal substance. In terms of alcohol, simply understand that you are breaking the law if:

But wait, what they don’t know can’t hurt them, right? Wrong. For anyone who’s ever debated the prospect of just refusing a roadside chemical test, that might seem like a viable option. Unfortunately, the likelihood of inevitable punishment is high if you choose this route, and it isn’t well advised – that is, unless you’re convinced that the punishments associated with your actual crime are so intense that you are in fact doing yourself a favor. You do you. We’re not here to judge you. Just know that a refused chemical test will result in an automatic one-year suspension of your license. If it happens again within 10 years, the suspension lasts 2 years. And so forth.

The Cost of a Guilty Verdict

Let’s just say that last night was a pretty bad night. You got off work early, which was okay, and instead of cleaning out the garage like you promised the wife you’d do, you went down to the bar because you’d forgotten: The big college game was on and all your friends were going down to watch it. You thought you’d had to miss it, but suddenly there you were. Everyone freaked out. Shots were poured. The good guys won. And in all your excitement, you drove home a little too fast, and even though you kept your eyes on the road and signaled every turn, that wasn’t enough to sway the arresting officer.

So here you are. Bail’s been posted, but there’s no adjusting that 0.13 you blew on the side of the road. There’s nothing left to do but muse:

Is it even worth calling someone for help?

That’s all fair game when it comes to handling an existential crisis, but pay attention: If you blew above the legal limit by the side of the road, you should have received a document called a “notice of intent to suspend” which gives you only 10 days to request a hearing – otherwise it’s assumed that you’re accepting the charges. Even if you’re not certain you even have a shot at having your charges reduced, it’s good to have the option. While your suspension is essentially paused, you can enjoy a bit of peace in mind in knowing that you have time to call up a local attorney’s office and get some questions answered.

Before we start breaking things down, it’s important to note that fighting an OWI is only half the battle in a Wisconsin criminal court. There’s also something called a PAC charge, which stands for prohibited alcohol concentration. Worst case scenario, you’re found guilty of both.

You can look at it this way: Even if your BAC was below the legal limit, if alcohol was in your system and you were driving unsafely, the prosecution may attempt to stick you with an OWI. To charge you with a PAC, it must be proven that you were over the legal limit. Even if the evidence seems concrete, be aware that the best lawyers will exhaust all possible explanations for your supposed guilt (faulty machines, natural bodily functions, etc.) You can in fact be pinned with both an OWI and a PAC in some counties, so pay attention to any and all details surrounding your case!

What’s the Worst That Can Happen?

Well, besides your reputation and hikes in your insurance premiums…a lot. Being found guilty of an OWI is one of the most complicated and costly risks associated with driving a car. And as we mentioned above, even if your BAC was below 0.08%, you can face the same penalties if the court determines you were “incapable of safely driving” with any amount of mind-altering substances in your system.

Ultimately, you’ll want to refer to the following breakdown to see what sorts of punishments are possible for OWI offenses. We’re not trying to bum you out – knowledge is power.

In spite of the dire nature of their consequences, second and third offenses are still considered misdemeanors by WI state law. As of legislation signed into law last year, however, a fourth OWI and any subsequent offenses are considered felonies and, as one might expect, carry exponentially greater and life-altering sentencing provisions. If you are at all unsure about where an intoxicated mistake might have left you, don’t delay: Get in touch with an experienced attorney.

There’s no denying it; getting in legal trouble is scary, especially when it has to do with something as incriminating as a drinking and driving episode. No matter how embarrassing or impossible the conditions surrounding your initial arrest may be, understand that the attorneys associated with BernieSez have seen it all – and they’re here to help. Simply upload your case today for a free consultation from one of the attorneys using our system, or post a question to our discussion boards. Better options for justice start here.