What Happens When You Get a Speeding Ticket in Virginia 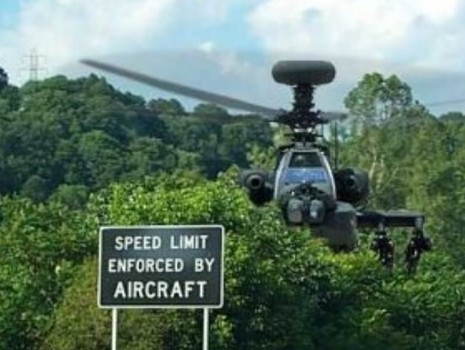 The most important thing to know about driving in Virginia is this: Don’t speed in Virginia. Those issuing tickets in the Old Dominion state do not mess around, and for good reason. A lot of important things happen in Virginia. You’ve got five major airports, plus the Washington metropolitan area – an area which clocks in at second-worst traffic in the nation. What should matter to you as an ordinary driver is the fact that in Virginia, a speeding ticket may be classified as either a standard speeding charge or as reckless driving – and the latter is a misdemeanor offense.

When it comes to speeding, reckless driving is defined as going over 80 mph at any time, or any speed that is 20 mph over the given speed limit. (Keep in mind that this would not apply when there is a 65 mph limit posted on the highway. Over 80 equals reckless driving.) More specifically, the infraction in question is a class 1 misdemeanor punishable by up to a $2,500 fine, a maximum of 12 months in jail, and having your license suspended for up to six months if it is your first offense. More often than not, these fines fall between $500 and $1,000; just be aware that depending on the severity of your offense, you could be faced with a whole lot worse. This type of conviction will stay on your record for 11 years.

If you are written a speeding ticket in Virginia, take a good look at it and make sure you’re aware of what type of ticket you’ve been issued. The officer involved is not even required to tell you. If it’s a reckless driving charge, you’ll see an “RD” written on it; this is technically a jailable offense.

An ordinary speeding ticket, which on its own does not present any chance of jail time or suspension of your license, may be issued if you’re caught going 10-19 mph over the limit. Although the fines associated with this sort of charge aren’t too bad – $6 for every each mile over – you still have to consider the insurance-related ramifications. On average, a Virginia driver who has been convicted of basic speeding faces a $65 hike on their plan for the next three years.

Here’s the fun part: There’s a middle tier of speeding-related charges in Virginia called an “improper” driving conviction. This tier really only exists once you and your attorney decide to argue your reckless driving charge. And unless you really, really fucked up, you’re going to want to argue that charge. Court systems in certain counties will immediately offer you the opportunity to just pay that ticket – but this will count as a conviction. You won’t be happy when you try to get it expunged years later and find out that you can’t. You’ll also find that a reckless versus an improper conviction can have drastically different effects on insurance increases. For your enlightenment: An improper conviction raises VA premiums by 10.62% on average, while a reckless conviction can result in a 21.8% hike. Yeah, ouch.

So exactly how would one’s reckless driving charge be reduced in a court of law?

There are two basic instances in which you might be shown mercy. As you can assume, good behavior is a plus:

A final, but important, aspect of Virginia speeding law involves the points and demerits system. In this state, every new driver begins with zero points on their license. Receiving points for various offenses take you downwards into the negative point region, and in Virginia, there are only four possible outcomes once you receive a ticket:

As one can imagine, the acquisition of many points over a short period of time can result in your being sentenced to a driving improvement clinic, or in the worst case scenario, your license being suspended.

This may all seem a little bleak, but there’s light at the end of the tunnel. For all the do-gooders on Virginia roads, a reward system is in place: Every year you survive with no traffic violations, you are awarded a +1 to your record. You can’t actually go higher than a 5; this is considered a perfect record. And if you’re in serious shit: Don’t freak out! You’re allowed to take a VA Driver Improvement course every two years and receive a bonus five points on your record every time.

Need a Virginia traffic lawyer that knows this stuff really well?  Click on the button below to upload your case.  There's no obligation, and the service is totally free to use.